Ben Mannes: Questions about the accuracy of Philadelphia’s homicide statistics

Philadelphia reports an 8% year-to-date decline in homicides, but police sources raise concern over how some deaths are classified in the city’s crime reporting statistics.
By A. Benjamin Mannes

At the time of this writing, the Philadelphia Police Department reports a year-to-date homicide total of 482, a decline of 41 murders from this date last year.

Normally, an eight percent decline in murders would be great news in a city that desperately needs some. However, ranking police sources have sent Broad + Liberty a photo from inside Police Headquarters concerning “Other” or “O Job” classification — leading many to question whether the eight percent decline was valid. 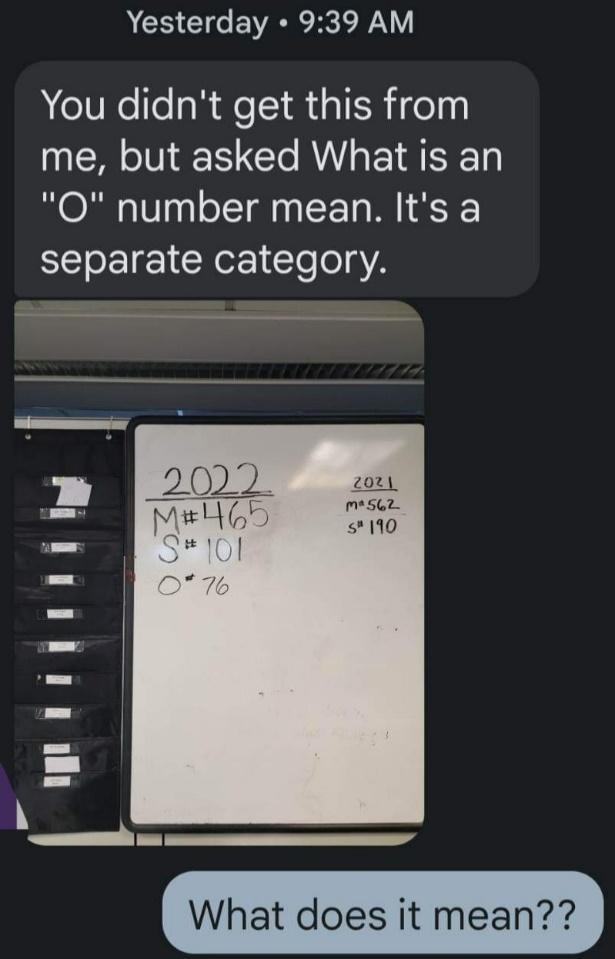 In contrast with the daily reporting and real-time tracking of reported crimes in television and social media, many are left to wonder if the questions of 2020, when the city ended the year with just one homicide short of their all-time record, was being repeated. Broad + Liberty reached out to the police department and talked with Capt. Jason Smith of the Homicide Unit to clarify these issues.

Before discussing this with Smith, two ranking anonymous sources within the Police Department were contacted to determine what their understanding of “O-Jobs” were. One said it was for “other” crimes found in the course of a homicide investigation that was unrelated to a death, while the other source claimed they were assistance to “other” jurisdictions (such as locating a suspect in another city’s murder).

Capt. Smith confirmed that they are both, but there are no deaths or “bodies” associated with O-jobs. He clarified that “M-jobs” are murder investigations while “S-jobs” are deaths that may not be classified murders. Smith estimated that of the 103 S-jobs so far this year, at least twenty may be deemed self-defense, and thus not result in a homicide charge. Numerous others, according to Smith, are awaiting toxicology and brain samples from the medical examiner to determine whether or not they are homicides, versus overdoses or accidental deaths, which could take months to get back from them.

Smith said that “The Homicide unit would be conducting an audit of all S-jobs in the next week,” which should reconcile numbers by the end of the year. Smith said his unit tries to conduct such an audit every two to three months, which could result in an increase in homicides by two to three cases as a result.

More relevant to the questions presented by the 2020 year-end homicide total, says Smith, is the issue of “delayed death investigations,” in where a victim dies later from injuries first reported as an assault, or when S-jobs are later reported as murders due to delayed results from toxicologists and/or medical examiners.

Sometimes it’s a clear murder, but the Medical Examiner sends back questions so it gets an S-job. It then sits on the desk while the Detective has to work newer cases, and it never gets reported on the homicide stats.

Smith told Broad + Liberty that a detailed breakdown of S-job classifications would be available after the audit and would be available for further updates. However, popular podcast host and former judicial warrant squad Sergeant Mark Fusetti reports some of his sources showed “S-jobs” that are obvious homicides, but remain outside the homicide statistics for various reasons.

“Last year, had a guy shot in the head in a van, but because the weapon wasn’t found, they have it as an S-job” said Fusetti. “Sometimes it’s a clear murder, but the Medical Examiner sends back questions so it gets an S-job. It then sits on the desk while the Detective has to work newer cases, and it never gets reported on the homicide stats.”

In the meantime, violent crime continues to be an issue in Philadelphia, which is an uphill battle for the understaffed and demoralized members of the Philadelphia police department. While there appears to be questions about the validity of stats reported from the hardworking men and women of the Philadelphia Police, the questionable criminal justice policies of the city need to be addressed to stem this unacceptable tide of violence.

A. Benjamin Mannes, MA, CPP, CESP, is a Subject Matter Expert in Security & Criminal Justice Reform based on his own experiences on both sides of the criminal justice system. He has served as a federal and municipal law enforcement officer and was the former Director, Office of Investigations with the American Board of Internal Medicine. @PublicSafetySME

4 thoughts on “Ben Mannes: Questions about the accuracy of Philadelphia’s homicide statistics”